Our vision springs from our founder, owner, and Strangest Star, Christian T. Petersen. Our journey forward is deeply connected with his past personal and business experiences, told here in brief. 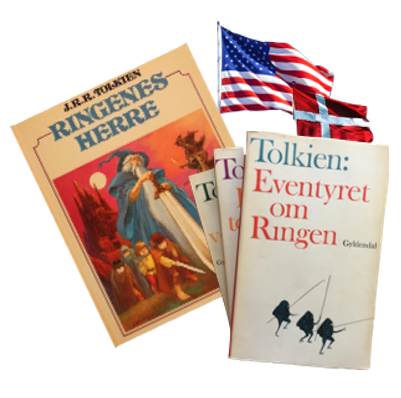 Christian was born in the U.S. and undoubtedly declared himself ready for a life of baseball, hot dogs, and awesome TV.

Yet, at the tender age of four and without a say in the matter, he moved with his parents to his mother’s native Denmark. And so it became football (soccer), gummi-bears, and three TV channels (two in Swedish) instead.

In the land of rain, latter-day vikings, and crispy pork roast, the mind of this strange child was irreversibly altered upon reading The Lord of The Rings at the age of 12. Hence corrupted by fantasy and distracted by imagination, he quickly developed a deep affection for the tabletop games of the early 1980’s: first Dungeons and Dragons, later Warhammer and Call of Cthulhu–all generously sprinkled with the smørgåsbord of delightful board games published by Avalon Hill and those of Milton Bradley’s Gamemaster series.

Even at a young age, Christian embarked on ventures that intersected with his hobbies. In high school, he founded Pegasus Spil to import U.S. board games and sell them via mail-order from his parents’ basement. He also formed Games Weekend, a local gaming convention, and sold a danish “zine” to teach wargaming miniatures painting at the local game store. Alas, these early efforts were rudely interrupted by his high school graduation and the inexorable drumbeat of parental life expectations.

Consequently, at the age of 19, Christian returned to the U.S. to attend St. Olaf College in Northfield, Minnesota. Always in a hurry, the strange one graduated in three years with a B.A. (major in Economics and minor in Theatre). Free to flex his entrepreneurial muscles once more, he founded Fantasy Flight Publishing in June ’95, only a few weeks after graduating. 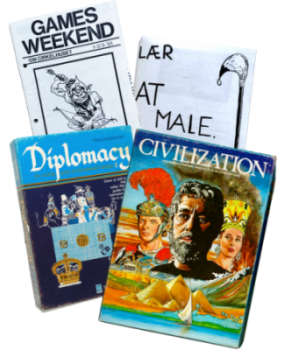 The vision for this new venture was to publish English versions of popular European comic books in the vein of Asterix, Lucky Luke, Spirou, Valerian, Percevan, and more. Unfortunately, the taste of the U.S. reader and the state of the U.S. comics industry conspired to foil Christian’s plans of world domination. After less than a year and only 7 publications later, the company was nearly insolvent.

While juggling finances and operations of the teetering comic book business, Christian designed and created the epic science fiction board game he’d always wanted to play himself. He called it Twilight Imperium.

The first edition of Twilight Imperium was published in the late Spring of 1997. Although considered very expensive at the time (retailing for $45), it sold 4,000 copies over two printings in its first eighteen months. This was a resounding success for a board game in the tabletop industry, then dominated by roleplaying, miniatures, and collectible-card games.

Elated to have found some traction in the games business, the company assumed the name Fantasy Flight Games (FFG) and over the following months would divest itself of its comic book endeavors to focus entirely on the development and publishing of tabletop games. 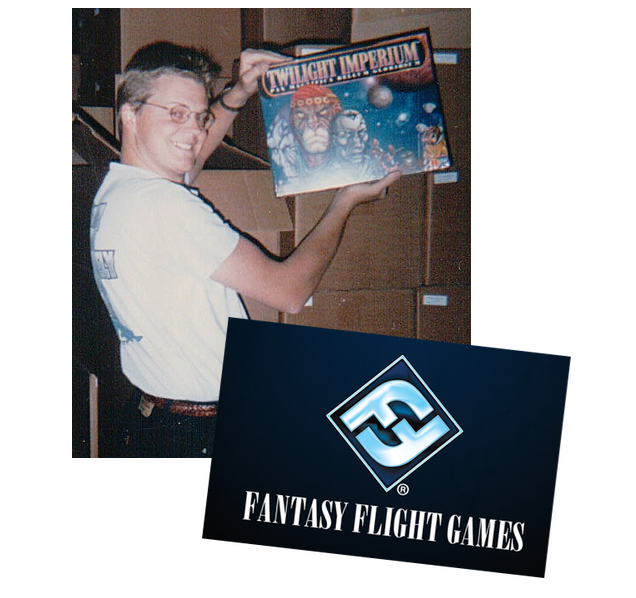 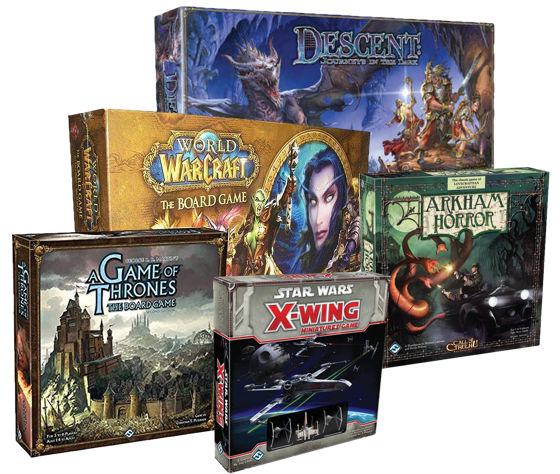 Through many ups and downs over the next 17 years, Christian provided vision, guidance, and creative input on thousands of different products, and was the lead designer on a number of titles.

During his tenure, FFG forged dozens of publishing partnerships, signed licensing relationships with global brands such as The Lord of the Rings, World of Warcraft, Warhammer, Battlestar Galactica, Star Wars, A Game of Thrones, and developed a number of successful proprietary brands such as Arkham Horror, Twilight Imperium, Midnight, Android, Terrinoth (Runebound), and KeyForge.

Christian coined the name and concept of the “LCG” (Living Card Game), a periodical hybrid of collectible card games. He pushed for innovation in merging mobile technology with physical game products, as expressed in games such as XCOM: The Board Game, Mansions of Madness, Descent: Journeys in the Dark – Road to Legend, and others.

In addition to his product development efforts, Christian led FFG to innovate in business. He pioneered the practices for international co-publishing now commonplace in the tabletop industry. He spearheaded online video presentations and trailers for tabletop games, and even developed and directed an independent movie based on FFG’s “Midnight” universe. He launched a  tablet-based broadcast advertising platform to hundreds of retailers across the globe (the FFG Media Center), and oversaw the development of internal software systems, several coded by himself personally, used to track and plan FFG’s increasingly complex operations.

Perhaps most importantly, Christian and FFG continually pushed the upper boundaries of product quality and pricing of tabletop games. This cleared the way for others to follow, advancing a virtuous cycle of improving product quality (of physical components and gameplay both) and revenue, helping the tabletop game industry realize the success it enjoys today, and providing consumers with a vast array of stunning products created by committed professionals. 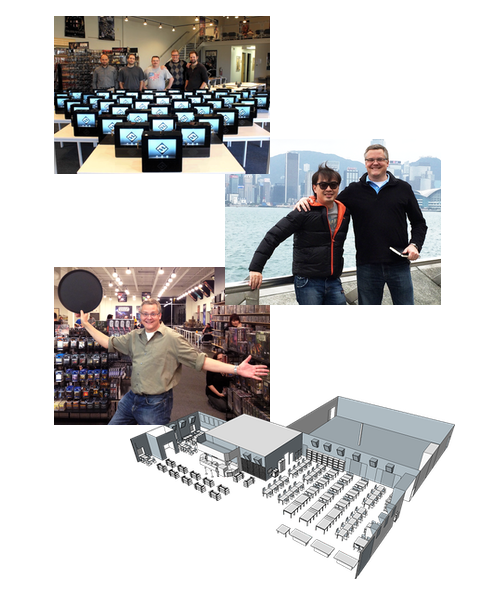 In December 2014, Fantasy Flight Games merged with Paris-based games distributor Asmodee, enabling a successful return on investment for Fantasy Flight’s long-term shareholders. At the time of the merger, FFG had revenue in excess of $50M and more than 100 employees. Christian became a significant shareholder in Asmodee, assuming the position of CEO at Asmodee North America and joining Asmodee’s senior leadership team.

During his tenure with Asmodee, Christian led major efforts to reorganize the North American marketplace to strengthen its tabletop retail base, protect brand values, and to form direct relationships with the largest U.S. retailers including Barnes and Noble, Amazon, Target, and Wal-Mart.  He was responsible for the North American work in the acquisition and integration of game brands such as Legend of the Five Rings, Spot It!, Settlers of Catan, Dead of Winter, Love Letter, and Pandemic, and the game companies Plaid Hat Games, Z-Man Games, Mayfair Games, and F2Z Distribution (now trading as Asmodee Canada).

While running a large organization such as Asmodee North America was rewarding and offered substantial learning opportunities (especially related to mergers and acquisitions), Christian longed to return to more creative and entrepreneurial endeavors, and to spend more time on health, family, and hobbies. On July 30th, 2018, with the friendship and support of his Asmodee partners, Christian announced that he would be stepping down at the end of 2018, ending his role with Fantasy Flight Games after 23 years and Asmodee North America after 4 years.

On October 23rd, 2018, Asmodee was sold for €1.2 Billion (~$1.35 Billion) to the PAI group, providing a healthy return to Asmodee’s shareholders. Asmodee North America’s performance was a major contributing factor to the positive valuation and successful transaction.

…Christian longed to return to more creative and entrepreneurial endeavors… 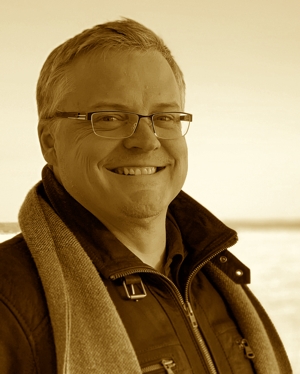 In January 2019, at the age of 46, Christian launched Strange Stars LLC, based in Minnesota. In this next chapter of his story, the Strangest Star hopes to incubate several of his future business ideas and products, and to grow a new organization according to the values and lessons learned over the years.

Christian is particularly interested in how technologies mix with physical items to create new hybrid platforms for consumer products and narrative experiences.

When he’s not at the office, the Strangest Star lives in Minnesota with his wife Gretchen, daughter Sofie, and the furriest barking star, Rosie. He likes to hear from his adult son, Lars, who resides in Bozeman, Montana. Christian enjoys reading, wine, long-form TV shows, playing guitar and piano, writing, scuba-diving, tabletop and software games (the Total War game series has a special place in his heart). He loves thinking up crazy ideas while in the shower or driving his car.

“The road, no road without a turn, and if there was, the road would be too long.”